Walla Walla County was formed in 1854 and was named after the Walla Walla tribe of Native Americans. Walla Walla covers 1,271 square miles of land, ranking 26th in size among Washington’s 39 counties. Located in southeastern Washington, it is bordered by Columbia to the east, Franklin to the northwest, Benton on the west and Umatilla County, Oregon on the south. Walla Walla County has a population density of 46.3 persons per square mile and is home to one of the oldest communities in the state.

Walla Walla’s agricultural industry is the backbone of its economic vitality. Wheat, onions, potatoes and wine grapes are some of crops that are grown in Walla Walla County. In the past few years, Walla Walla has become one of the main attractions for wine and arts tourism as the area gets national and world recognition for its quality wine.

The Cayuse, Walla Walla and Umatilla tribes were well established at the eastern end of the Columbia River basin. With abilities to travel the surrounding area for trading, some of the tribes acquired horses, which they later used for breeding or for sale or trade. Later, trading became one of the primary economic activities as fur and goods trading companies moved into the area with the pioneers. As pioneers started settling in the area, agricultural and ranching activities prospered as demand for produce and meats grew with a new influx of gold rush pioneers.

Walla Walla County went through many changes in the late 1800’s, however it has cultivated a flourishing community which is home to the first and oldest college, bank and newspaper in the state. Walla Walla County was added to the railroad grid with a 30-mile line connection in 1875, as the need for local agricultural products increased with the creation of new settlements in the west. Also, in 1887, Walla Walla became home to one of the first territorial prisons in the state, where government became a major employing industry in the area.

Considering its size and isolation, the Walla Walla economy has a diverse industrial makeup. The five largest sectors are: agriculture, healthcare, manufacturing, retail trade and government (educational) services, which make up over 71.0 percent of total employment. Walla Walla County has also become a tourist attraction and destination as people are attracted to the mild climate, low cost of living and high quality of life.

With over 181 wineries located in the valley, Walla Walla County has become a wine destination and important viticulture area. Tourism will continue to drive growth in food, accommodations and wine sales. Local agriculture is the fourth-largest industry in the area, and it is growing about 0.9 percent a year, with very strong tree fruit production and dry land crops.

Walla Walla County covered employment decreased by 1.5 percent in 2020 due to COVID-19 pandemic closures. Employment growth slowed down in 2019 to 0.1 percent over the year. Over the past five years the county expanded by 2.4 percent overall. Covered employment volatility from year to year has shown areas of resiliency and weaknesses to large industry restructuring, seasonal and trade changes. In 2020, the county had 15 industries decreasing, five industries which increased.

Industries that have maintained stability in Walla Walla County for the past five years include: construction, manufacturing, transportation and warehousing, wholesale trade, real estate, rental and leasing, arts and entertainment, and government.

For the next five years, industries that are expected to drive growth in the county are professional and business services, private education and health care services, information and financial activities and other business and population services and construction. Walla Walla County, as part of the Eastern Washington workforce development area, is expected to grow 0.4 percent a year through 2024 and 0.8 percent a year from 2024 to 2029.

The Walla Walla County labor force was estimated at 31,574 in 2021, which is about 1.7 percent more than in 2020. Resident employment increased by 3.9 percent over the year. The number of people who were unemployed and looking for work totaled at 1,456 with a decrease over the year of about 28.9 percent. The Walla Walla County unemployment rate was 4.6 percent in 2021, which was 2.0 percent less than in 2020. 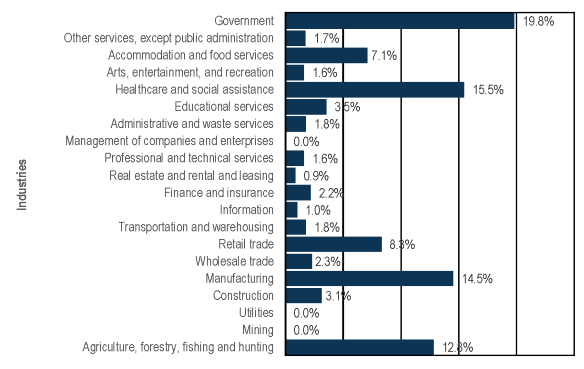 According to the BLS’ Quarterly Census of Employment and Wages, there were over 2,140 total establishments in Walla Walla County.

Goods-producing industries, which include agriculture and natural resources, mining, construction and manufacturing, decreased in employment from 2019 to 2020 by 2.7 percent, or by 226 jobs. Average employment in 2020 was 8,259 workers and annual payrolls totaled $421.5 million, which translated to a $51,034 average annual wage for goods-producing workers. This represents about 30.5 percent of total employment.

In 2020, the largest share of employment in Walla Walla County was held by those 34 to 44 years old at 21.6 percent. Those aged 25 to 34 year-olds newly entering the workforce were close with a 20.1 percent share of total employment. The 45 to 54 year-olds made up 20.0 percent of total employed in the county. 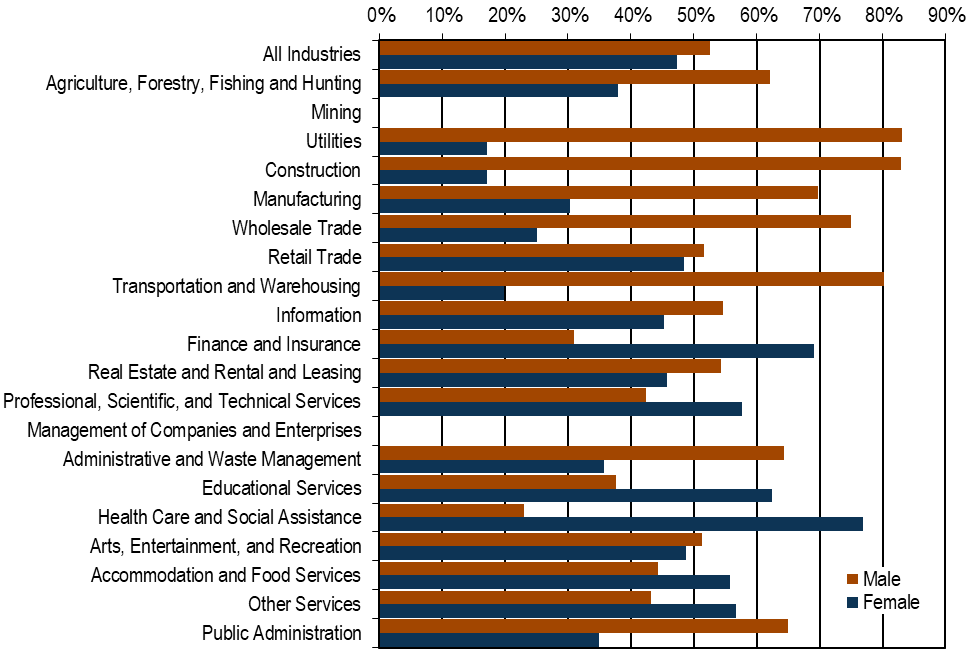 In 2020, there were 27,450 jobs in Walla Walla County covered by unemployment insurance, with a total payroll of over $1.33 billion.

The largest city in Walla Walla County is the city of Walla Walla with a population of 33,927 in 2021.

Walla Walla County population demographics differed from the state’s in 2020.

Walla Walla County differed from the state in racial and ethnic diversity in most categories in 2019. Hispanics and Latinos were 21.7 percent of the population compared with 13.0 percent in the state.

About 87.8 percent of Walla Walla County’s population 25 years and older were high school graduates over the period 2016 to 2020. This graduation rate compares to 91.7 percent for the state.

Over the same period, those holding a bachelor’s degree or higher made up 28.6 percent of Walla Walla County residents age 25 and older compared to 36.7 percent of state residents.