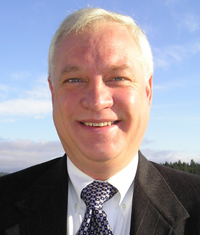 Bret has been with the Economic and Revenue Forecast Council (ERFC) since its inception in 1984. The ERFC is charged with preparing economic analyses and revenue forecasts for the Governor and the Legislature.

Prior to joining the Forecast Council, he worked as an economist with Seattle-First National Bank.

When he is not crunching numbers, Bret enjoys hanging out on his sailboat with his wife and daughter.

Bret received both his Bachelor’s and Master’s degrees in economics from Yale University. 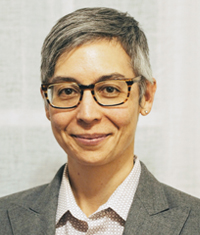 Inger was appointed to lead Results Washington (WA) by Governor Inslee in January 2017. She greatly appreciates the Governor’s vision and expectation that state government become more responsive, data-driven and human-centered. She is honored and privileged to work alongside the other Results WA team members plus many others in WA state government.

Prior to joining Results WA, Inger spent three years with the City and County of San Francisco’s City Performance team where she led the development of a Lean-inspired initiative that has resulted in more efficient and effective services for a wide range of the City’s customers. Before joining the public sector, Inger spent over 10 years in varied leadership and programmatic roles in philanthropy and social justice.

She has a M.A. in Economics and B.A. in Women’s Studies. Outside of work she enjoys exploring the beauty of WA state through trail running. She also enjoys writing and reading fiction and published two short stories in obscure journals. She lives in Seattle with her two littles and spouse. 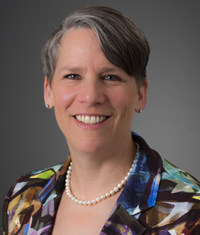 Suzan “Suzi” LeVine was appointed by Governor Inslee as Commissioner for the Employment Security Department (ESD) on July 9, 2018. At a time when society is experiencing massive technological and demographic shifts, she brings relevant leadership experience and expertise from the public, private, and non-profit sectors to help people navigate their paths forward to be lifelong career ready.

She served as U.S. Ambassador to Switzerland and Liechtenstein from June 2014 until January 2017. During that time, she played a key role in the signing of a Joint Declaration of Intent between Switzerland and the U.S. to collaborate on apprenticeship, partnering with 30 companies to bring and/or expand their Swiss style apprenticeship model into the U.S. She also secured billions of dollars in investment and hundreds of jobs into the U.S. – with $3 billion alone announced at a special White House roundtable she catalyzed with Swiss business and government leaders.

Since resigning her position, she has continued her focus on and passion for apprenticeship and careers by joining Governor Inslee’s Career Connect Washington Task Force, the CareerWise Colorado board, the Markle Foundation’s Rework America Task Force, and the ETH (a Swiss university) Center on the Economics and Management of Education and Training (CEMETS) Advisory Board. She and her husband, Eric, have presented across the globe about the merits of apprenticeship and reigniting new pathways to the American Dream.

Her role in the public sector as Ambassador is the latest turn in a diverse and non-linear career in which she has sustained a laser focus on impact. Her previous private and non-profit sector positions focused on education, technology, community, innovation, travel, social responsibility, and youth outreach.  She’s worked at Microsoft as a Director of Communications for Education and Student Developer Strategic Partnerships and at Expedia as a Vice President for Sales and Marketing in Luxury Travel. Twice during her career, she was a stay-at-home mom, during which time she co-founded two non-profit organizations – an innovative Jewish community model, The Kavana Cooperative, and an advisory board for the Institute for Learning and Brain Sciences (ILABS) at the University of Washington.

As Commissioner, Suzi was recently appointed to the National Association of State Workforce Agencies Board of Directors, representing Region X.

Suzi is a graduate of Brown University with a Bachelor of Arts in English and a Bachelor of Science in mechanical engineering with aerospace applications.  She and her husband have two children. They enjoy hiking, biking, traveling and playing with their dogs. 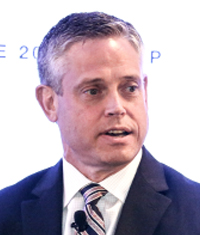 Immediately prior to his current role, Emory was the publisher of the Puget Sound Business Journal, winner of multiple national awards including Pulitzer Prize finalist in 2010. As chief content officer from 2011 to 2015, he oversaw all editorial strategy and supported newsrooms in ACBJ’s 43 different U.S. cities. In his current role, Thomas is based in Seattle. 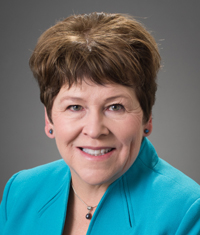 Lisa was appointed Commerce director by Gov. Inslee and began serving the agency in February of 2019. Prior to serving as Commerce director, she served as chancellor of Washington State University, where she led the health science campus in Spokane.

Lisa served in the Washington State Legislature from 1996 – 2013 in the Senate where she was majority leader and chaired the Rules Committee, Ways and Means Committee, and Energy, Technology and Telecommunications Committee. She served in the state House of Representatives from 1993 – 1996, where she was minority whip and minority floor leader. Prior to state office, she was an associate professor of economics at Eastern Washington University and an associate professor of leadership at Gonzaga University.

Lisa has worked extensively on economic development in Eastern Washington and on gender equity. 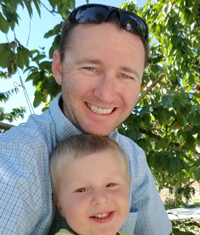 Jordan Matson is the fifth generation and current General Manager at Matson Fruit Company.  In this position, he oversees the packing, storing and distribution of apples and pears to locations across the globe.

Over the past 18 years he has been at the forefront within the industry in adapting and implementing new technologies at Matson Fruit Company.  His passion for the Yakima Valley and the Tree Fruit industry is evident by serving on boards and committees of; Selah Education Foundation, Yakima County Development Association, Capitol Theater, Washington State Tree Fruit Association, Fresh Pear Committee, Northwest Pear Bureau, and numerous other groups touching safety, food safety, ecology, and scientific research.

Jordan is married to his high school friend Amy.  Together they have three young children.  As a family they enjoy playing games, reading, science projects, outside adventures, and exploring the orchards.  His kids would point out that in their opinion they spend too little time doing fun stuff, and too much time doing chores. 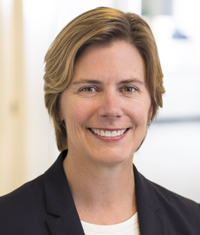 In her role as president, Susan leads the nonprofit health plan, which provides high-quality affordable health care to more than 700,000 members in Washington, and has oversight of $1 billion Kaiser Permanente is investing in the region during the next 10 years.

Susan previously served as chief operating officer for the Kaiser Permanente Northwest Region. From 2013 to 2015, she served as that region’s vice president of hospital operations and was accountable for operations at two hospitals and the region’s networks and ambulatory surgery centers.

Susan began her career at Kaiser Permanente in 2008 as a hospital administrator at Sunnyside Medical Center near Portland, Oregon. In 2009, she oversaw expansion of the facility and the opening of the Kaiser Permanente Center for Heart and Vascular Care, which has scored in the top 12 to 15 percent of all U.S. heart centers and has earned a three-star rating - the highest possible - for quality from the Society of Thoracic Surgeons. Susan also oversaw the opening of Kaiser Permanente Westside Medical Center in 2013, which was the organization's first to earn Gold LEED certification for energy efficiency and environmentally friendly design.

Before joining Kaiser Permanente, Susan served in several leadership positions, including corporate vice president of Strategic Service Lines and Regional Surgical Services, and vice president of Hospital Operations and Cardiovascular, Surgical Services Lines at Fairview Health Services, a seven-hospital system based in Minneapolis. Before that, she was director of Provider Relations and Contracting at Vivius, Inc., a venture capital-funded start-up. She worked extensively with Specialty Care Services at the University of Minnesota and Fairview Health Services.

Susan received a master's degree in health care policy and management from the University of Massachusetts, Amherst, and a bachelor's degree from Eastern Connecticut State University. She is a member of the American College of Healthcare Executives and represents Kaiser Permanente at the International Federation of Health Plans' Executive Development Programme, which includes a respected cohort of global health care leaders. 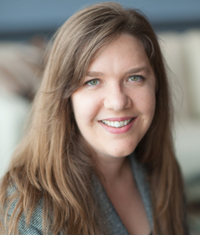 Skylar joined Zillow in the summer of 2012. She and her team investigate housing markets all across the country and the importance of place in economic outcomes. 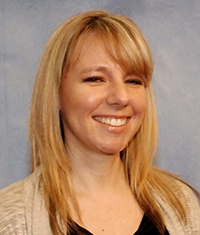 As Unemployment Insurance (UI) Deputy Division Director at the Oregon Employment Department, Lindsi Leahy is in charge of the UI Benefits program in Oregon. This program is focused on the processing of UI claims, determining benefit eligibility, paying benefits, Benefit Payment Control (prevention, detection, and recovery of overpayments) and allocating benefit payments amongst employers. She brings a combination of public and private sector experience to her work at the Employment Department, building her career on providing excellent customer service and fostering a culture of collaboration and process improvement.

Her work at the department has included a variety of roles, including employment adjudicator, the UI Integrity Task Force Facilitator, and managing several key projects for the UI Division as well as the agency wide project to develop an Economic Cycle Plan. She has also held several management roles in both UI Tax and UI Benefits. During her years in the private sector, Lindsi’s experience includes management, accounting, human resources, project management and running a small business.

A native Oregonian, she attended the University of Oregon and earned a degree in Psychology. 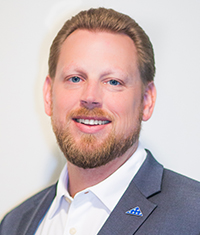 In his role as Director of Government Consulting and Public Finance research at Moody's Analytics, Dan oversees economic research with an emphasis on fiscal policy and municipal market impacts. In addition to public finance and fiscal policy, Dan has performed research on a broad range of other subjects including healthcare, energy economics, and regional economic development. Dan regularly presents to clients, conferences, and policymakers of all levels. He has been featured in a number of print, radio and televised media ranging from Bloomberg Television to the Wall Street Journal, and also writes regular editorial pieces for a number of online and print publications.

His most recent research has focused on public policy responses to the Great Recession and ways to better prepare for changes in the business cycle. This has included developing new ways to incorporate the use of stress testing and alternative economic scenarios into the public budgeting process in order to better protect governments against cyclical economic risk.

Dan also works directly with a number of governments and policymakers in an advisory role and teaches classes in economics and public finance as an adjunct professor at Villanova University.

Before joining Moody's Analytics, Dan worked as a financial economist for the State of New Mexico, where he forecast revenues and analyzed a wide range of policy issues concentrated around economic development, public investment and debt management. Dan holds an MA in economics as well as undergraduate degrees in finance and international business from New Mexico State University.