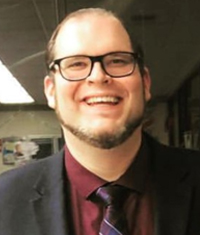 Having originally worked in the private sector for fortune 500 companies, Steven realized he wanted to make a different kind of impact for the residents of Washington state. Towards that end, he has worked as a decision support manager for DSHS’s Economic Services Administration, an actuary and econometrician for Medicaid Transformation, as well as assisted with the Medicaid forecasts. Steven has a broad background in IT, business intelligence, econometrics, actuarial science, statistics, and management.

Steven is a native Washingtonian. He attended Central Washington University graduating with degrees in actuarial science and mathematics. 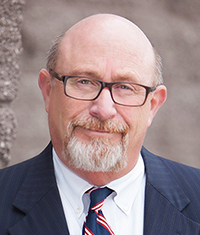 Carl is a native of Omaha, Nebraska.  His educational background includes a BA in Political Science and Geography and an MA in Urban and Economic Geography from the University of Iowa. 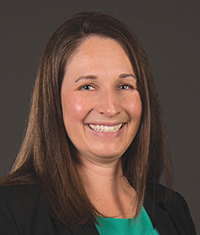 Alisha Benson is the Chief Strategy & Business Development Officer for Greater Spokane Incorporated (GSI). GSI is the regional business development organization in the Spokane region whose mission is to lead transformative business and community initiatives to build a robust regional economy.

Alisha has been with GSI for 11 years. During her time at GSI, she has held roles as Membership Director, VP of Education & Workforce, Executive Director of Spokane STEM, COO, and interim CEO. As Chief Strategy & Business Development Officer, Alisha provides organization wide leadership, strategy, and management.  Areas of focus include economic development, education & talent, business development, and public affairs.

Alisha serves on the Association of Chamber of Commerce Executives Board of Trustees, and co-chair’s their Education & Talent Development Division.  She also serves on the boards of the Washington Economic Development Association,  Multicare Community Partnership Fund, Spokane County United Way, Spokane STEM, and Associated Industries.

Alisha earned a BA from Washington State University.  She is married and a mother to an 8 year old daughter and 3 year old son.  She loves sports, hiking, camping and anything that involves the outdoors. 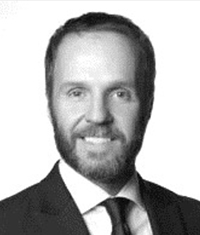 Brian is the Chief Executive Officer of Greater Seattle Partners (GSP)—a public/private partnership created to advance economic growth and competitiveness for the Puget Sound region. There, he and his team will focus on attracting new investment, promoting international trade and growing existing industry clusters in the Greater Seattle region.

Prior to GSP, Brian was the CEO of the Atlanta Beltline Inc. and worked as a Principal with the global law firm Dentons. He was also appointed to lead Atlanta's Development Authority - Invest Atlanta where he fiscally stabilized and rebranded the organization to be a catalyst for economic growth.

In 2009 Brian was appointed by President Obama as U.S. Deputy Assistant Secretary of Commerce. In this capacity he was the Chief Operating Officer of the U.S. Economic Development Administration. Brian was also detailed to the White House as an Economic Advisor to lead the Economic Solutions Group within the National Incident Command in response to the BP oil spill.

Brian also served as California’s Deputy Secretary for Economic Development and Commerce by the appointment of Governor Schwarzenegger.  Earlier in his career, Brian was appointed as the Economic Development Agency Administrator for the County of San Bernardino and was a consultant for the U.S. Agency for International Development where he developed economic growth programs for cities in Bulgaria and Serbia. 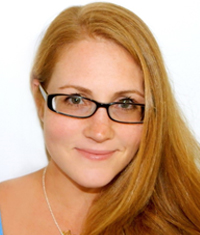 Julia takes the lead for economic development in the state’s life science/global health industry sector. Anchored by world-class research institutions including the Allen Institute for Brain Science, Fred Hutchinson Cancer Research Center and the University of Washington and Pacific Northwest National Laboratory, Washington’s life science/global health sector is responsible for over $11 billion of the state GDP and is the fifth largest employer in the state.

Before joining the Department of Commerce, she worked as Gov. Inslee's Northwest Regional Representative, serving Snohomish, Skagit, Whatcom, Island and San Juan counties. While working for the Governor, she focused on stakeholder engagement and coalition building. Prior to that position, she worked in the Bothell Office as Congressional Liaison to Rep. Suzan DelBene of Washington State's 1st Congressional District. She also worked in Washington, DC both on and off the hill.

Julia has a Masters of Public Administration with a concentration in Public and Economic Policy from London School of Economics and Political Science and a B.A. in International Studies from Pitzer College. She was a Fulbright Scholar to Bulgaria where she focused on the sociopolitical implications of Bulgaria's nuclear energy sector while they prepared for EU accession.