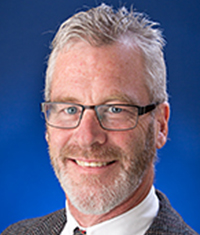 As President and CEO of the Yakima County Development Association since 1997, McFadden was responsible for business and industry retention and expansion, along with new business recruitment. Companies that received support from the association have invested over $400 million in new facilities and created over 2,000 new jobs since 2002.

David holds a Bachelor of Science Degree with Honors in Social Assessment and Policy as well as a Master of Arts in Political Science, both from Western Washington University. 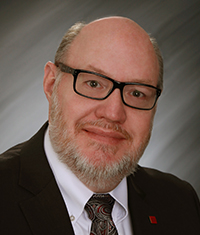 In his role as the Executive Director for the Port of Moses Lake in Grant County, Jeffrey serves as the chief executive officer implementing the policies of the Port’s Board of Elected Commissioners.

Prior to assuming the role of executive director Bishop was the city manager of the City of Miami Oklahoma. He also served as the Chief Executive Officer for the Oregon International Port of Coos Bay, Industrial Development Manager for the Port of Tacoma, Washington and as the Director of Properties and Development for the Port of Pasco, Washington.

Mr. Bishop holds the CCIM Designation from the CCIM Institute, an affiliate of the National Association of Realtors, and the Real Property and Facility Management Administrator’s designations from the Building Owners and Manager’s Institute. 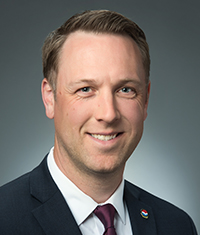 Mike was appointed Director of Economic Development in May 2018. His responsibilities include leading port economic development strategic planning; implementing appropriate initiatives and projects for the port district and Clark County; providing strategic leadership on transportation planning; seeking public and private partnership opportunities to achieve cargo growth and new industrial business, and; developing and maintaining strategic partnerships in the community.

Mike previously served as President of the Columbia River Economic Development Council (CREDC) for more than four years. Prior to joining CREDC, he served as the Executive Director of the Southwest Washington Contractors Association for three and a half years and spent six years with the Building Industry Association of Clark County in their governmental affairs department.

Mike is a long-time Southwest Washington resident and currently resides in Ridgefield with his wife Audri and their three children. In his free time, he enjoys coaching baseball, running and hiking with his family. 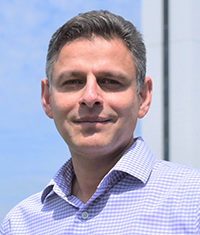 As the Director of Paine Field/Snohomish County Airport, Arif is charged with managing one of the more diverse and dynamic airports in the U.S.A.  Arif has broad latitude for independent action governing all aspects of airport operations, maintenance, and development, while working within the framework of all applicable laws and regulations.

Arif has 25 years of experience in the aviation industry. He has previously worked in operations, security, and emergency management roles at British Airports Authority (BAA), Houston Airport System, and Seattle-Tacoma International Airport.

Arif also sits on multiple boards and committees, providing his expertise to the community. He is a Fellow of the Royal Aeronautical Society, as well as a board member of the Seattle Branch. Arif is a Certified Member of the American Association of Airport Executives and Immediate Past President of the Washington Airports Management Association. He also serves on the Aviation Advisory Committee for Everett Community College. Arif has served as Chairman for the Airports Council International (North America) Public Safety and Security Committee and is a former executive board member of the Federal Bureau of Investigation’s Seattle Joint Terrorism Task Force.

Arif holds a B.A. with honors in Business Administration and a M.S. in Air Transport Management from Cranfield College of Aeronautics, England. 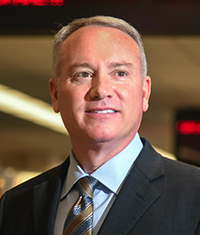 Before joining Spokane Airports, he served as the Interim Executive Director of the Lehigh Northampton Airport Authority (Pennsylvania) and also served as the Deputy Executive Director and as the Director of Planning & Engineering. Prior to working for the Lehigh Northampton Airport Authority, Larry held the position of Airport Planner at the City of Columbus (Ohio) Division of Airports. He started his career as an Engineer Assistant with the Ohio Department of Transportation working on bridge and highway projects in northeast Ohio.

Larry is a graduate of The Ohio State University.

He is a Past President of the Aviation Council of Pennsylvania and was appointed by Governor Ed Rendell to serve two terms on the Governor’s Aviation Advisory Committee. Larry is an Accredited Airport Executive and Member of the American Institute of Certified Planners, the professional credentialing institute of the American Planning Association. Larry also earned multiple professional certifications from the Construction Specifications Institute. Larry is an elected Fellow of the Royal Aeronautical Society.

Larry served as an appointed member and then Chairman of the City of Bethlehem (PA) Planning Commission, where he was involved in the largest brownfield redevelopment project in the country.

He resides in Spokane, WA with his wife and daughter. 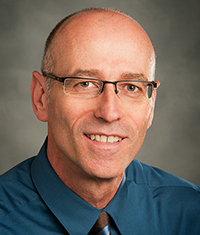 As Director of the Rail, Freight, and Ports (RF&P) Division at the Washington State Department of Transportation (WSDOT), Ron is responsible for directing WSDOT’s rail, freight and marine port programs, which include planning, capital improvements, and operations.

The RF&P Director actively directs and sets the vision for division management and staff to ensure multi modal needs are part of planning, programming and capital delivery processes.