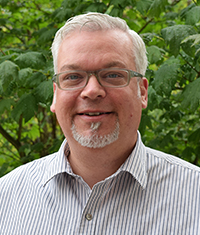 Chad performs outreach and administers mass communications as a member of the communications team at Washington State Employment Security Department (ESD). A hotel industry professional for more than 20 years, he brought sales and marketing experience and his curious nature to ESD in 2014. He specializes in connecting with others, being a jack-of-all-trades and bringing a business perspective to his work.

Chad is from Gig Harbor, WA, met his wife while living in Redondo Beach, CA for ten years and has two offspring that keep him busy. He likes 60’s muscle cars, volcanos, and politics and dislikes lasagna. 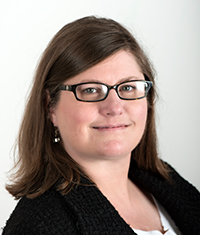 Jennifer Carlson serves as Co-founder & Executive Director of the Washington Technology Industry Association (WTIA) Workforce Institute, the workforce development arm of the WTIA focused on addressing the tech industry's workforce and diversity needs though a registered technology apprenticeship program called Apprenti. She also is an Adjunct Professor at Seattle University. 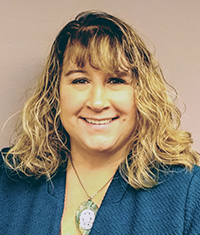 Kenna currently serves as the Manager of Apprenticeship for Spokane Community College (SCC).  She has been with SCC for 25 years, with over 21 years dedicated to apprenticeship.  She deeply values community collaboration and has been instrumental in fostering a mutually-beneficial relationship between SCC and apprenticeships in Eastern Washington.

Kenna has been fundamental in facilitating growth with the construction trades and the wider community.  For example, in 2015, at the request of Eastern Washington Apprenticeship Coordinators Committee (EWACC), she along with several apprenticeship coordinators, established the Skilled Trades Preparation (STP) course through the Adult Basic Education department at SCC and the EWACC. This highly successful pre-apprenticeship program continues to prepare qualified female and minority applicants to enter and remain in construction apprenticeships. 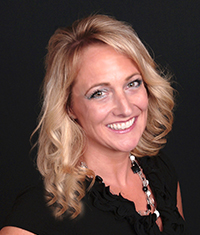 As director of the Construction Center of Excellence, Shana links industry to the community college system in Washington State for the purpose of coordinating education and training efforts to build a competitive workforce in a global economy.

Shana is also a National Chair for the United States Green Building Council Community Green Program, as well as member of numerous advisory boards and workforce focused committees.  When not working she enjoys hiking, backpacking and mountain biking with her husband and three teenage sons. 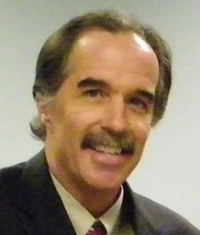 As Apprenticeship Program Manager for the Department of Labor & Industries, Jody got his start as an apprentice sheet metal worker.

Along the way, Jody worked as an inspector for the Sheet Metal Workers local 66 union and represented Labor in a two year stint as Labor Liaison for the Washington State Labor Council, AFL-CIO. More recently, Jody went to work for the Department of Labor & Industries as an apprenticeship technical specialist. 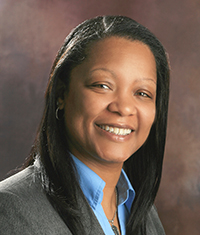 Demetria “Lynn” Strickland is an Army veteran who served over nine years and has 25+ years of management experience in several sectors. She is a former Dean of Instruction at Bates Technical College where she supervised 14 apprenticeship programs, 11 construction and manufacturing programs and Continuing Education.

Lynn began working for the Aerospace Joint Apprenticeship Committee as a Program Manager in February 2012, was promoted to Deputy Director in July 2012 and has served as Executive Director since August 2014. Lynn and the AJAC team develop and implement incumbent worker, employer driven apprenticeship education and training programs for youth and adults across Washington State. These apprenticeship programs are open to both union and non-union employer in the aerospace and advanced manufacturing industries. AJAC also partners with secondary, post-secondary, community based organizations and state agencies to implement and expand apprenticeship program offerings.

Lynn has a B.A. in Business Administration with an emphasis Management and an M.A. in Organizational Leadership with a graduate certificate in Human Resources.